Our old synchronicity is coming to an end…12 themes from the recently published book Perspectives on Synchronicity, Inspiration, and the Soul form the backdrop for a conversation on how humanity can migrate to a new synchronicity – the Perfect Storm - more aligned with the needs of people and their earth today. Listener/viewers can put in personal or general questions and concerns.

After each individual VideoPodcast a new event will be made to which you can subscribe. ALL 12 sessions will be recorded and the purchase of a ticket on a later date will automatically give you access to all past and future sessions.

The series of VideoPodcast conversations is associated with the incorporation of the society ‘Academic Circle Erasmus’, a society that strives for the reconnection of the Humanities with the Natural Sciences, incorporated into the society; in short, it strives for the resurrection of the Renaissance. Participants to the VideoPodcast are offered a free membership of this society for the first year ending 18 February 2022.

Historical facts, great achievements, grand failures, happiness and unhappiness, all have in common that they came into being through some form of synchronicity. It is never a single event that determines the creation of something of significance, it is always a combination of events, waves and trends that lead to a certain outcome, whether positive or negative. In the current time juncture, where we seem to be touching on limits of the resilience of the earth and its people, a situation compounded by Covid-19, there is a sense that we have reached the end of a trail, the end of an old synchronicity.

For maybe a century and a half we thought there was only one direction, a direction of deterministic planning for better lives, supported by more and more technology. This sense of control over ever more prosperity is leaving us. We thought we were in a plannable world, ‘economic growth’ was abundant for decades. We thought we were in control but today we are starting to realize that the control was only an appearance of control, that it was maybe just happenstance: post-WWII positivism to rebuild our nations, with new technologies, with automation to produce evermore. A number of things came together to create the synchronicity of what looked like eternal growth. Synchronicities by their very nature are not stable, synchronicities after some time lose their steam, other events (‘waves’) start to interfere and start to disentangle the cohesion of the previously synchronous system, to be replaced...to be replaced by WHAT?

But before even thinking of trying to design a new synchronicity, we must delve much deeper into ourselves, dive into the fabric of our soul and spirit. What is it that we want? What is it that we are capable of? Do we, humans, want or need long term control? Or are humans designed to react to every days’ happenstance and hope for the best? What do we foster more, our individuality or commonality?

The above are some questions that will come up in an online conversation between Rico Sneller and Mark Koops. Input to the conversations are 12 themes selected from the book Perspectives on Synchronicity, Inspiration, and the Soul by Rico Sneller, published in 2020 (repr. 2021). Rico Sneller is a philosopher who has been teaching philosophy for a long time at the University of Leiden. He orients his thinking from the humanities. Mark Koops, an earth scientist who orients his thinking from the perspective of natural sciences and the logic of Socrates. Furthermore, Natalia Abdel Fattah (Lebanon) and Ninian Nijhuis will by accompanying our journey with the ‘Art of Synchronicity.’ Natalia is a PhD student in French language and literature at the Saint Joseph University of Beirut. She is a high school French teacher and the translator of The Phoenician Code. Passionate about painting, her work is a reflection of her inner journey. Ninian Nijhuis, who will be part of the VideoPostcast team, is a scholar in History, Religious Studies and International Law. 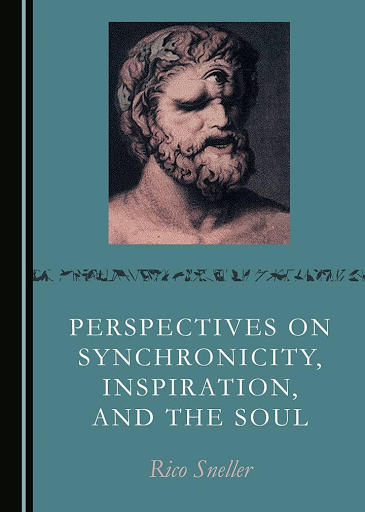 The conversations will be broadcasted online over 12 months, an episode every month. The series forms the backbone for the first 12 months of the formation of the association the ‘Academic Circle Erasmus’, an association that strives for a reinstitution of the Renaissance.

Through the series of conversations, Rico and Mark hope to inspire many others to hold similar conversations to help us all synchronize our thinking about what we want, about why we want it, and about how we will achieve what we want.

But ultimately, the conversations are to seed breadcrumbs … breadcrumbs to maybe follow or maybe deviate from ... with new breadcrumbs to follow... to see if together we can create A Perfect Storm for mankind, a synchronicity of working together in commonality across the inclusivity of all humans from all walks of life.

Members of the Academic Circle Erasmus receive private access to the broadcasts at no charge. Members will be encouraged to submit questions to enhance the relevance for the listener. The series will be released to the general public at a commercial price.

Programming - times (CET) to be set - dates can change

How to assess the current split between science, philosophy, and spirituality? How to assess vulgar conceptions of either of these? E.g., ‘science’ is often equated to its materialistic offshoots or laboratory practices; ‘philosophy’, to conceptual analysis; and ‘spirituality’ to flee-floating self-obsession. Can these three be matched or aligned? Should they be? 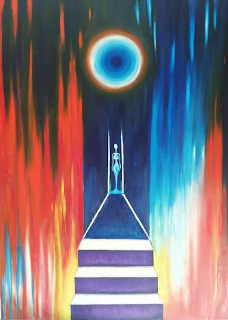 The notion of ‘soul’ seems to be an odd, obsolete expression for what is preferably called the ‘psyche’, or better even, the ‘mind’. Art, religion, and even large strands in Western philosophy cannot dispense with the notion. What does this mean? Could it be that, by avoiding to speak about ‘soul’, the mainstream scientific discourse has involuntarily cut itself off from its roots? And humankind along with it?

Human culture, whether in a narrow or a broader sense, is often reduced to its alleged ‘evolutionary’ constituents. But does this not erroneously misrepresent what might equally be seen as an anticipation of what humankind might still become? Likewise, psychopathology is frequently seen as a human failure. Instead, along with human culture, it might represent a trajectory towards a better self-understanding of human nature in terms of soul.

The concept of ‘inspiration,’ key to human flourishing has more in store than it seems. Ensnared between the extremes of ‘inward’ or ‘outward’ origin, it might equally suggest a reframing of ‘time’ and ‘space’. How about resituating the latter in the former, in other words, how about starting to think in light of inspiration towards time and space (as derivates rather than original determinants)?

Ecstasy, if it has still any meaning at all to human beings, can rightfully be seen as a philosophical root experience. Socrates and/or Plato spoke about eros as a divine madness. Whereas the history of western thinking has the outlook of being rational and argument-based, a close re-reading of its major texts shows a different story. Perhaps philosophy and mysticism are more interrelated than appears at first sight. Should this make sense, then it would be fascinating to endeavour into the human mind, in search of its inner ‘heat’.

Both inspired and possessed people can be charismatic. Unfortunately, the difference between the two becomes clear when it is too late and damage has been done to followers of the latter (cf Hitler, bin Laden, etc). But what is at the core, the difference between inspiration and possession is fluid? Should we be wary of inspired people altogether? Is there a possibility to distinguish?

‘Synchronicity’ comes down to an acausal determination of events (provided that the word ‘determination’ still makes sense here). David Hume deprived causal relations of logical cogency. He thereby risked generalizing coincidence. Would it be meaningful, however, to imagine a deeper, ‘illogic’ notion of necessity, which rules synchronicity events?

Racism and anti-Semitism stand as a historical warning against reducing human beings to their physical characteristics. Still, human faces reveal expressions, which speak to observants endowed with subtle perception. Artists, actors, or novelists count among the latter. How to resort to physiognomy in a viable way without throwing the ‘baby’ of subtle perception away with the ‘bathwater’ of reductive, derogatory racism and determinism?

Which human experiences allow for a 21st-century return to metaphysics? Should not the human scope move from the single mind to a more transpersonal perspective? Is contemporary philosophy capable of accounting for such a multifocal approach?

Unfortunately, ‘death’ is usually defined in negative terms, as being the cessation of heartthrob, breathing, etc. Few people realise that negative definitions are uninformative. They betray our ignorance and do not allow for the apodictic certainty scientists often claim to have. What if death, rather than being a mere cessation of ‘vital’ (sic) organic functions, entailed an enhancement of human consciousness, insofar as it continued inchoate tendencies of pre-mortal existence?

Suffering has always posed the biggest riddle to humankind. Easy answers abound, both inside and outside humankind’s spiritual and ideological traditions, but they rather hurt than help. Perhaps suffering can be seen as a symptom of a deeper inner struggle, as the top of an iceberg. How to account for this? How to avoid simplistic theodicies here, and do justice to the intensity of suffering?

You can register for this event at any date, all twelve sessions will be recorded and made accessible to all those who have registered. This way, you can watch the seminars at your own convenience. 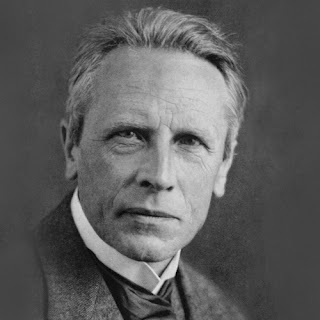 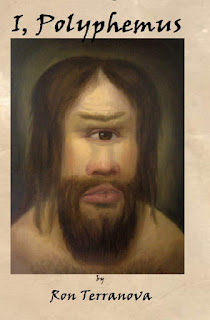 The  one-eyed  Cyclopes in the  Odyssey  – and their eternal companions in our ‘real’, ‘non-mythical’ world – will hardly be capable of recognising synchronicities. Polyphemus’ single eye must first be pierced by Ulysses – he must first be blinded – before he can  see  in the first place.  “Alas, alas, then the old prophecy [ παλαίφατα θέσφαθ᾽ ] about me is coming true”, the monster cries when this has finally happened.And he continues saying that “there was a seer [ μάντις ] here, at one time, a man both brave and of great stature, Telemos son of Eurymos, who was an excellent seer [ μαντοσύνῃ ἐκέκαστο ], and did all the prophesying for the Cyclopes till he grew old [ μαντευόμενος κατεγήρα ]; he told me that all this would happen to me [ τελευτήσεσθαι ] some day, and said I should lose my sight [ ἁμαρτήσεσθαι ὀπωπῆς ] by the hand of Odysseus.” And yet, so the Cyclops ends his lamentation, “I have been all along expecting [ ἐδέγμην ] some one of imposing presence a
Meer lezen

I feel tempted to analytically associate image, presence, and beauty. Images are beautiful, they are beauty itself, combining, for that matter, subjective perception and objective radiation.  And yet, images are necessarily fugitive (as is exemplified by the digital application Snapchat). ‘Death’ may be an alternative name for the fugacity of the image. The bright minds of creative thinkers and imaginative thinkers are always on the edge of death.  When I contend that beauty is always fugacious, I do not intend to repeat a cliché. Fugacity is not an accidental characteristic of beauty, it is the essence of beauty itself. Where there is beauty, transience and finitude are illumined; both in the contemplated beautiful ‘object’ and in the contemplating ‘subject’.  However, ‘transience’ and ‘finitude’ are, in my view, no self-evident, self-explanatory notions; they are expressive of alterity. The passing-away of the moribund highlights beauty, presence, and alterity i
Meer lezen